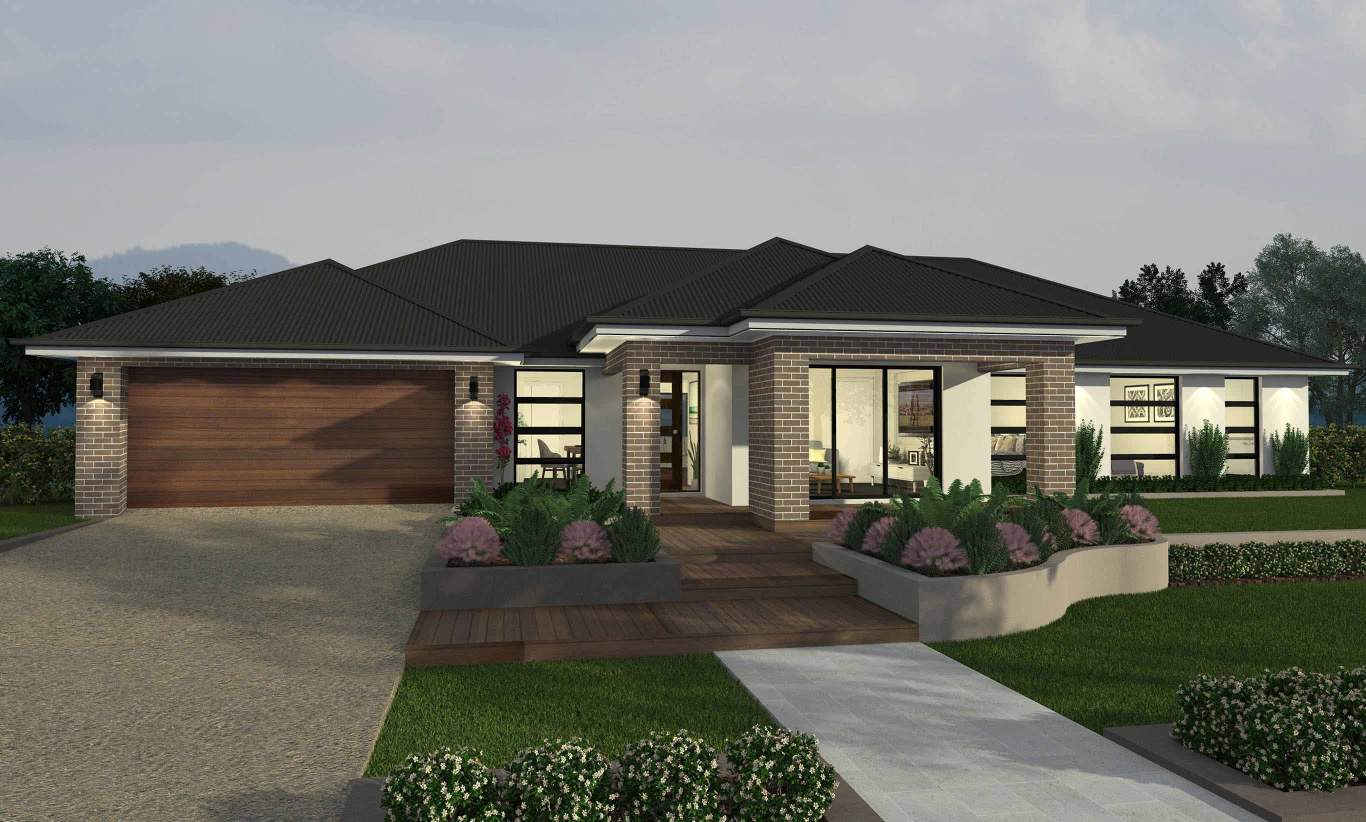 The Lyndhurst is now Ryan and Kristy’s happy place

When born and bred Queenslander, Ryan, and Maitland local, Kristy, started working in the mining industry at the same site in the Hunter Valley and at a similar time, they didn’t realise it was fate.

Things were meant to be for this lovely couple and the same was true when they began the search for their ‘happy place’ to home both them and their five children – that’s when they came across the design from our Country Living acreage home, the Lyndhurst.

“We had never built before, so we originally thought we wanted to buy, but both of us have very particular tastes when it comes to style. When we started looking at the area we wanted to live in, Muswellbrook, none of the houses we were shown really grabbed us,” Kristy said.

The couple decided to have a look at some of the new estates around Muswellbrook, and that’s when they discovered the right fit for them.

“We instantly fell in love with a 3 acre lot only five minutes out of town that was within our price range. The bottom of our block is woodland, so it provides plenty of space for the kids to ride, climb trees and hide as kids do,” Kristy said.
“It also gives us plenty of room to grow a huge vegetable garden, raise chickens, plant an orchard…all the outdoorsy stuff you can’t really do in the suburbs. Ryan (being an excavator operator) has even built a dam in a natural water way down the block which we have put yabbies and reeds in to help it establish…the kids love swimming in it.”

When it came to hunting for the right home for their dream block of land, Kristy and Ryan were very thorough in their search.

“I reckon we went through every display home within 100kms. McDonald Jones really stood out for us. The finishes, the styling and the professionalism,” Kristy said.

After looking through the Bronte Executive Grande Manor One on display in Lochinvar and talking to Michael, the local Building and Design Consultant there, the pair originally had their heart set on the Santorini.

“If we didn’t have an acreage block we probably would have gone with the Santorini, but then we were shown the Lyndhurst, which had only been released two weeks previously. After seeing the Lyndhurst neither of us were interested in looking any more…this was our home,” Kristy said.

For Kristy and Ryan, the design of the Lyndhurst was perfect for their lifestyles, with a few standout elements that really catered to the way they wanted to live.

“The Master Suite at the opposite end of the home to the other bedrooms (very important for shift workers like us), the huge open plan kitchen/dining/family area in the middle of the house, the large sliding doors opening onto the alfresco…we didn’t change a thing structurally.”

When it came to decorating their new home, Kristy and Ryan’s choice of style was modern, old-fashioned industrial…a term that they coined themselves.

Kristy and Ryan’s Lyndhurst is proof that home is and should always be about your unique tastes, lifestyle and personality.
“We plan to live here for as long as possible. It’s peaceful, good for the kids, and it’s our happy place,” Kristy added.

For the floor plan of the Lyndhurst, click here 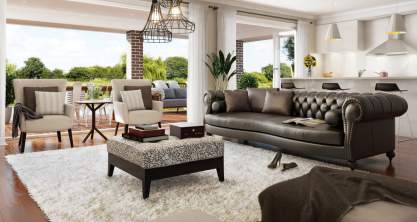 If you enjoy the peaceful experience of living amongst the rolling hills and taking in sweeping, picturesque vistas stretching as far as the eye can see, then the Lyndhurst from our Country Living Collection is the perfect home for you. This acreage home will maximise your way of living by offering a clever design that brings together the rich and unique comforts of country living with the functional needs of contemporary families.
by
Alyssa
26/08/2014 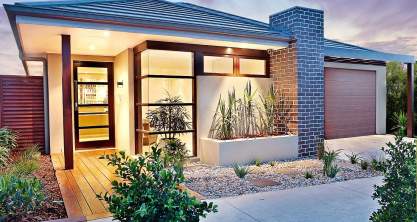 After a bad experience with another builder, 76 year old Aileen thought her dream of building her own home would never come true. Following an emotional journey searching for something that would suit her needs and budget, an independent builder suggested that Aileen get in touch with McDonald Jones Homes. From there, Aileen’s journey to building her dream home has been a breeze.
by
Alyssa
26/08/2014 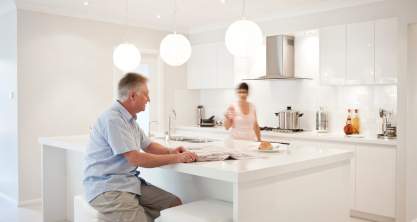 Retiring to the good life

It isn’t easy to leave the home you were married in and where your children were raised. But for Anne and Michael Jenkins it meant lower maintenance, easier living and having time to enjoy the good things in life. From an acreage to an easy life, here’s their story…
by
Alyssa
10/02/2014
See all
1300 555 382 View Floor Plans Enquire