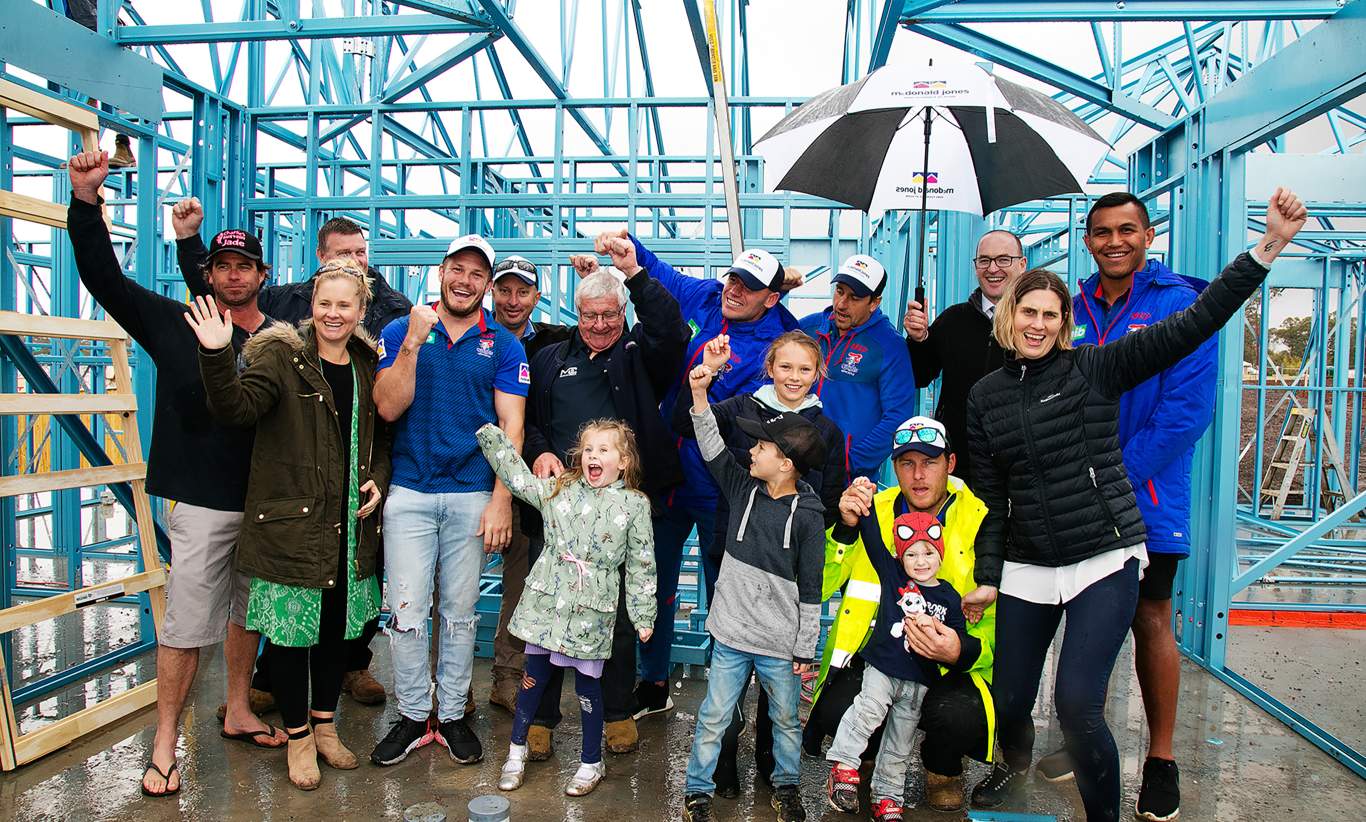 To date, through the Build for a Cure projects, McDonald Jones have helped fundraise over $2M for the Children’s Cancer Institute Australia (CCIA) and their efforts to eradicate childhood cancer. We’ve come a long way, but there’s still more to do.

That’s why we’re teaming with the CCIA and other dedicated tradies and suppliers for the fourth time to build and auction off a luxury home with every dollar raised going towards life-saving research for children with cancer.

Last Monday 27 August, we had a phenomenal start to the build which is taking place at The Bower in Medowie thanks to the McCloy Group generously donating a block of land.

The Today Show, NBN News, footy legends from the Newcastle Knights and The Block Glasshouse contestants Maxine and Karsten were all on site to see and support the tradies who will be working around the clock through rain and shine to build the Cambridge home design.

Three-year-old Nixon who survived childhood cancer was also on site with Mum and Dad who have been part of the Build for a Cure project since 2016. Barely one week old, Nixon underwent a five-hour operation to biopsy the tumour in his head and is now doing well.

Nixon’s story brings it all home and that’s why where here – the funds raised by Build for a Cure will make a tangible difference for the future of kids with cancer.

Nixon’s Dad, Nick, is working on site alongside over 100 tradies working up to 7 days a week, 24 hours a day who are helping build a home that would normally take months to finish become complete within 21 days.

Materials are also being donated by numerous suppliers including Austral Bricks, contemporary furnishing by Freedom and home appliances by Winning Appliances.

But it won’t be long before Reveal Day on Sunday 16 September when the flowing four-bedroom Cambridge home at Medowie will be open to explore by the public. This design features a spacious open plan, home theatre, large alfresco and two-bathrooms, and will be auctioned by PRDnationwide on Sunday 21 October.

The final auction price, plus raffle funds raised thanks to Auto Advantage & Mitsubishi Australia’s donation of a Mitsubishi ES Mirage as a raffle prize, will be donated to CCIA to help put an end to childhood cancer through research.

Be part of the solution by donating today.